A Guide to the Different Types of Trucks

Trucks are considered as some of the strongest vehicles that ever existed since they are meant for moving various types of heavy items. Whether it’s cars, boats, equipment, livestock, machinery, or produce, if it needs to travel by the road, it must go by truck. Amazon is even using trucks in moving the entire hauls of their hard drives between their headquarters since they believe that it is a much faster method for transporting data. Hence, whatever you might consider them to be, there are still some uniqueness and usefulness in driving these trucks.

What are the Different Types of Trucks?

Among the various kinds of trucks, pickup trucks are the only trucks that are used for households. They are also quite popular. The best-selling pickup truck is the Ford F-Series, followed by Chevrolet Silverado, then followed by the Dodge Ram pickups. If you do not own a pickup, then perhaps there are times that you wish that you did. They are very useful in hauling bikes, outdoor gear, etc. If crossovers and SUVs will be included in trucks, then the category would grow like crazy.

Boats could either be small or large. Small boats can easily be carried by large cars or SUVs. However, the heaviest and the prominent ones should be carried by small trucks or specialized low loaders known as boat haulage. These are specially designed for holding up the enormous weight of boats. They have excellent stability, but not speed.

This is the longest road train that can pull about 112 trailers. That’s quite long for a truck, how much more for a truck! Road trains are not often used, except in Australia where the roads are straight like an arrow. Hence, hauling more than three trailers will be possible.

Also known as car carrier trailers, these are either a double-decker open or a single-decker enclosed car carrier. They come with large spaces designed for holding cars safely in place, especially during a long transit time. These vehicles are either closed or open and come with in-built ramps, which are very useful for loading and unloading the vehicles.

Usually, these vehicles are used for transporting cars from manufacturers to dealerships. These are not the same as flatbed trucks since they do not have winches or loaders. Rather, they depend on the vehicles that will be loaded.

Also known as reefers, they are also known as refrigerator trucks since they include cooling equipment that can keep food and other supplies fresh while being transported. Chiller trucks are typically used for transporting meat, fruits, and fish. The items inside are cooled by ice or by displacement diesel engines for mechanical refrigeration.

Aside from this, they can also be cooled by using liquid carbon dioxide at high pressures or by using dry ice. It was in the 1920s when these trucks were first introduced. Since then, their ventilation and insulation have greatly improved. Throughout the years, these trucks have become more efficient through the implementation of effective cooling techniques and higher pressurization techniques.

Also known as concrete mixers, these trucks are hooked up to a concrete mixer. They will carry the mixing equipment towards the location where it is needed. This revolving machinery will be responsible for mixing water and cement to produce concrete, then it will be poured into the specified areas such as in special molds, in the pavement, etc.

This machinery permits the cement to retain its liquid form for a very long time because of the constant motion. As a result, the quality of the cement will last longer. At the same time, it can be used for a longer period. Typically, the cement will be released at the back part, and the drum where the mixture is done is either made of fiberglass or steel 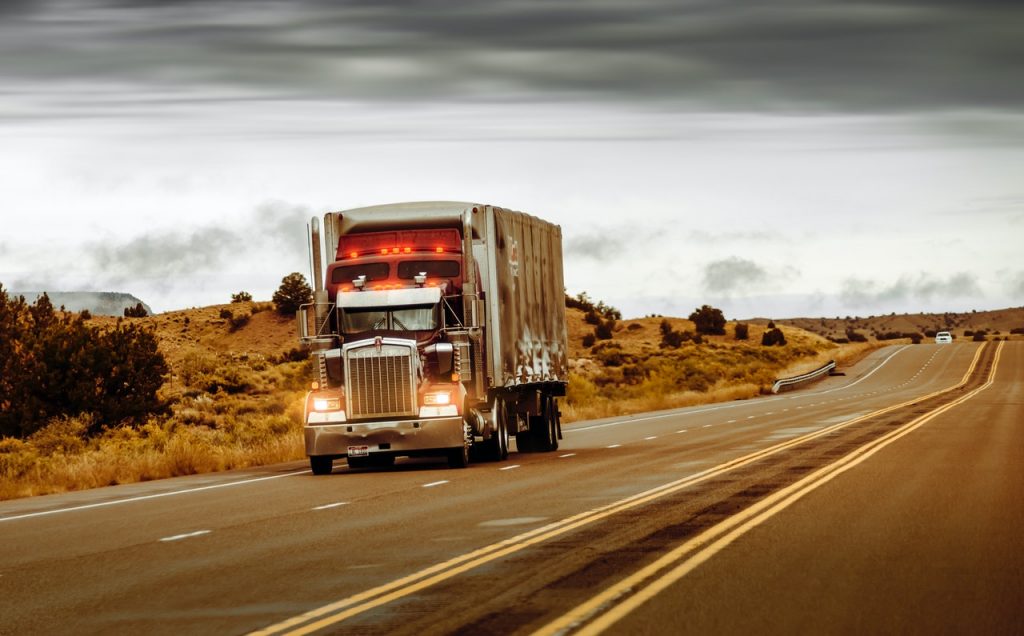 Mobile cranes or crane trucks are equipped with a cable-controlled crane that is installed on crawlers. They are created for easy mobility and have minimal, or no installation required. Usually, they use a wire rope along with a hanging hook. The wire ropes are being controlled by the prime mover. The transmissions can either be electric, hydraulic, or acquired via internal combustion.

It was in 1870 when this type of truck was first invented. During those times, the crane was restrained in a single area and needed to be hauled to the areas where they were needed. Over the years, crane trucks were developed and have included the use of an internal combustion engine.

Tow trucks, also referred to as recovery vehicles, are mainly used for moving vehicles that are disabled, wrongly parked, impounded, or currently indisposed. This truck will be used when an accident happens, someone has broken the law, or if there is damage to the infrastructure and a vehicle must be extracted from the scene. They are not the same as a car trailer carrier since they do not move vehicles with the objective of transporting them. These trucks will simply move the vehicles from places where they are a threat or put them in danger.

It was in 1916, when tow trucks were first introduced in Tennessee when six men were using ropes to pull a car out of a creek. Today, adjustable booms are being used for recovering vehicles from ditches and other similar circumstances.

Fire trucks are designed for carrying the essential equipment required for putting out the fire. Usually, they come with sirens, hoses, and sufficient cargo space intended for the firemen. They are equipped with breathing devices such as masks, lifting ladders, and oxygen containers. These items are stored along with protective clothing and uniforms that the firefighters need to accomplish their job effectively.

They also bring along two-way radios, walkie-talkies, as well as first aid kits that are needed for communication and emergency situations. Fire trucks can house water and pumps while fighting the fire. At the same time, they can also connect the hose in place with a fire hydrant at the area of the fire.

Flatbed trucks are trucks that have entirely flat levels and have no roofs or sides, permitting loading and unloading of items easier. They are commonly used for transporting extremely heavy loads that do not require delicate or proper handling. These trucks are not meant for transporting items that can be damaged by the rain as well as for very large loads that need enormous spaces.

The beds of these trucks are literally flat. This is the reason that the loads will be tied down during ropes. These trucks are often equipped with hooks where tying can be done easily. In case the loads are not properly tied up, then they could slide off while transporting. Therefore, flatbed trucks are not as popular these days.

Furniture trucks are designed for loading and unloading furniture. They are used for hauling huge loads of furniture from manufacturers to dealerships. Additionally, these trucks can also be used for moving houses. While furniture trucks are not specifically strong and sturdy, they serve their purpose effectively. They come with a lift gate or a ramp when necessary. The drivers will also help in lifting the furniture.

Livestock trucks are mainly used for transporting animals to and from farms. This vehicle is specially designed for holding the livestock in place. Some are even equipped with specific equipment so that they are well fed and can stay in place. Usually, these trucks are slightly open on top or at the back so that the livestock can get some air and daylight. These animals should not be confined in a small space since it can make them restless. While these are not the strongest trucks, they are sturdy enough since they are designed to transport heavy animals.

Highway maintenance trucks or highway repair trucks permit one person to stand on the back part of the truck and put cones on the highway. This is done when certain areas of the highways need to be isolated due to repairs. These trucks also include high-intensity lighting and a retractable crash barrier so that the work can be accomplished, even at night. Also, they come with cargo space and various types of tools so that proper materials can be hauled during the repair. 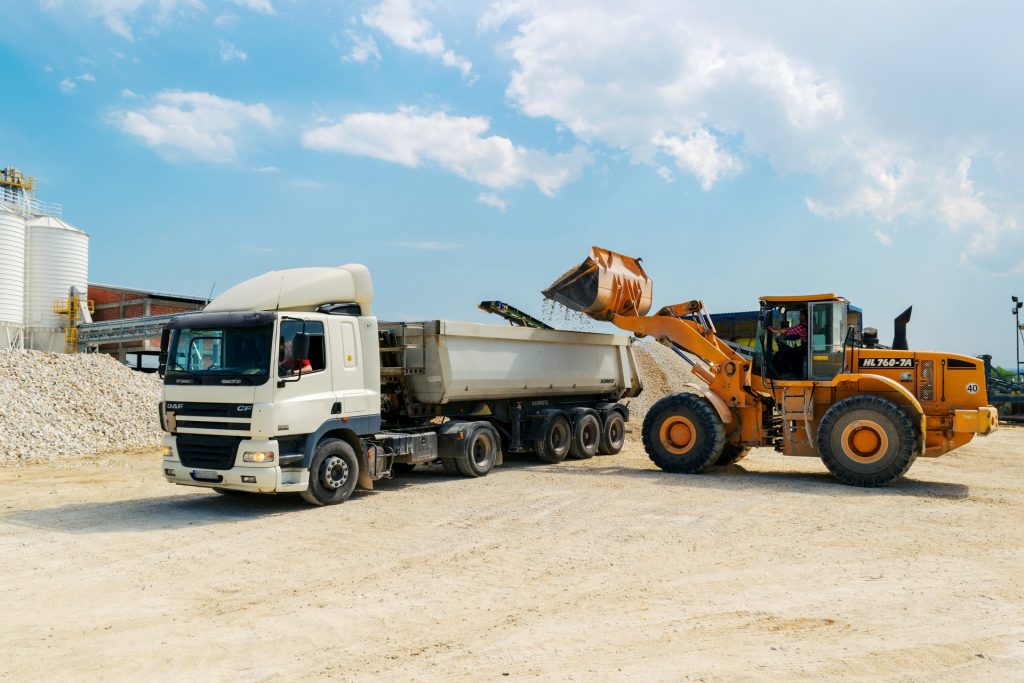 Logging trucks are typically used for carrying enormous amounts of timber over long distances. These trucks have discrete tractor units or flatbeds that are designed to scatter the loads. The first logging truck was invented in 1913 with the main purpose of carrying logs that were cut down from the riverbeds and transported to the city. At the start of World War I, there was a huge demand for timber. That is why more and more logging trucks were manufactured to serve that demand.

For your deliveries, you can always count on Trojan Horse Truck Services. For more information about our services, you may call us at 602-332-0877 or send us an email at [email protected]